My first compliment (of my series of many that will follow in this review) is that they processed and shipped my order that day. Most businesses close up shop at 5, but not RadTech apparently. They diligently processed and shipped my order only a couple hours later. Not only that, but my order arrived on yesterday (Monday). I can’t entirely give them credit for it coming here so quick through the mail system, but I can give them credit for actually shipping my order when they said they did.

The ScreensavRz itself came in a neat little tube. I’ll attach pictures later on if I can figure out how and I still have the motivation. Inside was the ScreensavRz itself, and a one time use alcohol wipe. My laptop is new, so I said that pad for later (even though I already have an iKlear Power Klean Kit). The tube is nice enough to reuse either to store the ScreensavRz later (though it’ll be with the Powerbook about 99% of the time) or other little things.

I pulled out the very soft ScreensavRz from the tube and, to be frank, it looked a bit smaller than I expected. Just to emphasize this point for potential buyers, it does not completely cover the surface of the Powerbook. It leaves a bit of a border (which again, I’ll take pictures of given time and motivation). However, this border is about the width of the border around the display or a little less, so your screen is, in fact, completely protected. I imagine this was done to avoid bending of the computer that would result from the cloth being pressed between the two sufaces (if it were larger). It is large enough to perform its task and stay put, so there are no worries there.

Thanks to the material RadTech decided to use (Optex), it doubles as a cleaning cloth. I can attest to this. I sneezed, getting some of my wonderful saliva on the screen, leaving some spots when it dried. I took the ScreensavRz and wiped the spots right off, even without wetting it. That won’t work for everything, and you can actually dampen it in order to get off more stubborn marks. The material is also washable, so using it to clean won’t permanently besmirch its appearance.

All in all, I’m wholly satisfied. For $13.95-$17.95 (dependent on size), you get quite a few things: an LCD cleaning cloth, LCD protection, a one-time use cleaning pad, a nice little carrying tube, and peace of mind. I’ve read testimonials about how it’s not possible for the keys to touch the screen and honestly, it’s not that I don’t believe them. Examining my own Powerbook has convinced me of that. However, with the extra functionality provided by the ScreensavRz, its low cost, and the reassurance that marks will never happen, I feel this is a worthy complement for any Powerbook and worth a look. 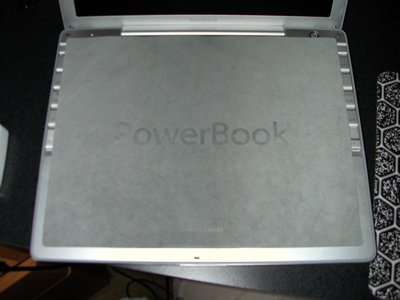 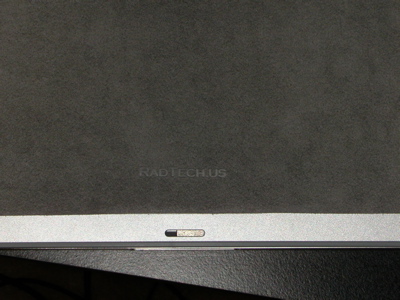 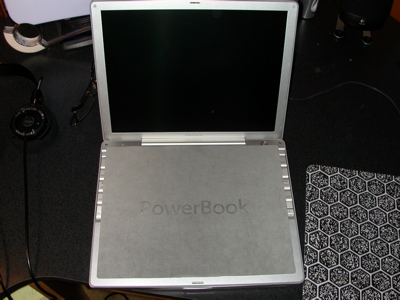 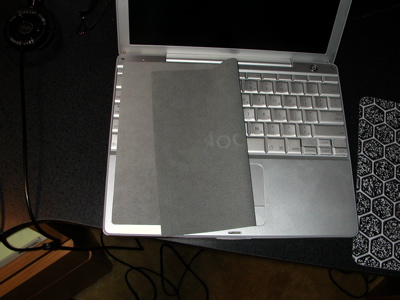